So Far, Yet So Close
2022. overseas event, group project

When the Sun Is Low – the Shadows Are Long
2022. group project, overseas event, international event

Ala Savasheviсh
Can One Guess What Will Have to Be Remembered?
2021 – 2022. solo show, overseas event

So Far, Yet So Close
2022. overseas event, group project
[ participant ] 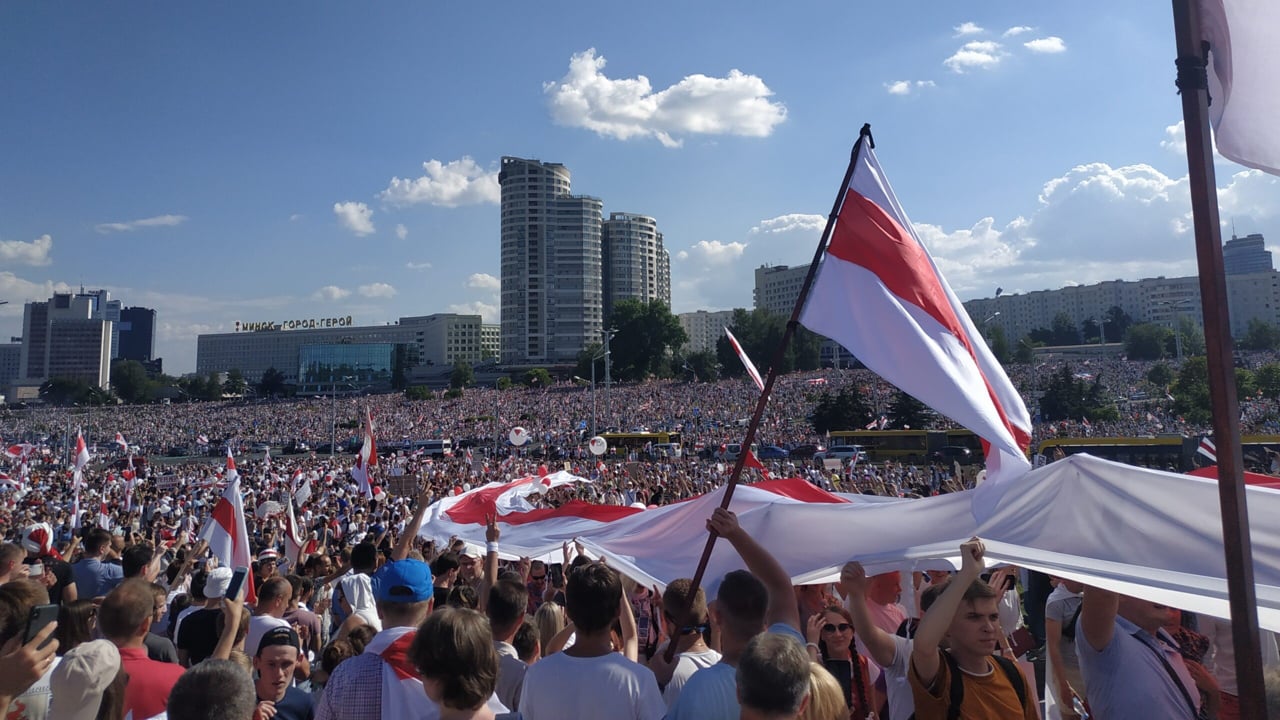 Lena Davidovich
Raised from the Dead (or Story of Daniel)
2004, graphic series

BLOK, Anna Karpenko
The Best and Worst of Art in Central Europe in 2019
publication

The artist about herself:

"I grew up in Belarus, a republic of the former Soviet Union. The fact that I came from a country with an authoritarian past and present determines my artistic position. The problem of freedom of an individual in the system of control became one of the main interests in my artistic practice.

My current projects are also inspired by personal memories of the 1990s. It was a period of the collapse of the Soviet Union, which caused the reassessment of ideological values and society in general. Alongside the fundamental changes in my country, I went through a personal transition, reconsidering my own mindset and set of values.

Following the crisis (on the global and personal scale) and having lived through such a crucial point, I developed an interest in analysing critical moments/boundary situations. I approach these situations not just from a negative point of view, as moments of collapse, but also as moments of honesty, when the real state of society or individual comes to the surface. I consider that specific time (the moment of transition) a moment of new opportunities and an opening towards new perspectives.

Another topic that I find significant in my art practice is the power of our statement. Specifically, I focus on this topic in the project Raised From the Death (2004-05).

I came up with this project’s idea after watching a documentary video about a remarkable story of a Nigerian pastor, Daniel Ekechukwu, who was fatally injured in a car accident near the town of Onitsha, Nigeria, on 30 November 2001. During the dramatic journey to a hospital in Owerri, Nigeria, he stopped showing signs of life and was later pronounced dead by two different medical practitioners. His wife did not want to accept his death.

I divided the project into two parts: Part I consists of a storyboard (A4, colour ink on paper) and an animation film. It is based on pastor Daniel’s testimony.

Part II, based on the testimony of Daniel’s wife, is presented in the form of a book, a diary in which the woman writes her monologue, describing everything she went through, and an installation.

In this part of the project, I focus on the importance of text. The text stops being part of the drawing (image) and becomes the image. I based my concept on a verse from the Gospel of John 1:4 and John 1:14 ‘The Word became a flesh’.

A very important moment of transition from the invisible world to the visible one, the spoken word found its shape in the material world, became a substance, which can alter the circumstances.

In this story, the woman confronts her helpless situation and finds strength to stand up and declare the words of faith. The boldness of the woman breaking through human limitations and her fighting spirit were my inspiration in this project.

Another project where I emphasised the power of the statement is Rise Up, My Love!

The work is reflecting on a crisis situation in general and ways of dealing with it. For this project, I created two performative pieces. The first is Rise Up, My Love! (Arabic version, 2015). It was shown at Bijlmer Park Theatre, Amsterdam (the Netherlands, 2015), IZOLYATSIA Platform for Cultural Initiatives, Kyiv (Ukraine, 2016), and Ў Gallery, Minsk (Belarus, 2018). The second work has the same name Rise Up, My Love! (Belarusian version, 2021) and has been recently presented at the International Institute of Social History during “Belarus in Transition” panel discussion.

I believe that the word pronounced at the right kairos time can influence a positive outcome of the situation. Kairos is an ancient Greek word meaning “the right, critical, or opportune moment”. The ancient Greek has two words for time: kairos and сhronos. The former refers to chronological or sequential time, while the latter signifies a proper or opportune time for action. While chronos is quantitative, kairos has a qualitative, permanent nature.

During 2020-21, when the Belarusian civil sociality was awakening, I created a series of artworks on the topic of non-violent resistance.Fight Like a Girl was created in 2020 for the exhibition “Belarus. Art of Resistance” in Amsterdam. The central element of this work is a popular slogan for the women’s movement “Fight Like a Girl” — a phrase that reflects the power of weakness.

“Combining the phrase ‘be like a girl,’ meaning weak, gentle and fragile, with the verb ‘fight’ creates a feminist message that defines new strategies of resistance and tactical lines of struggle. The artist underscores the important role of weakness in the Belarusian protests. As the artist herself said, ‘The wall painting was made to draw attention to a new creative approach in non-violent resistance where the game-changers were mostly women". – © secondaryarchive.org / Edited by Anna Karpenko and Sophia Sadovskaya (2022).