Artist, designer. He also became known as a poet, photographer, culturologist and publicist.

He started with a poster, then became interested in graphics, and later in photography. He was a member of the art laboratory "Galina" in Minsk.

The author of texts for the cult "People's Album", which he considered his main achievement in life, as this musical project influenced a whole generation of Belarusian youth.

Lived and worked in Minsk. 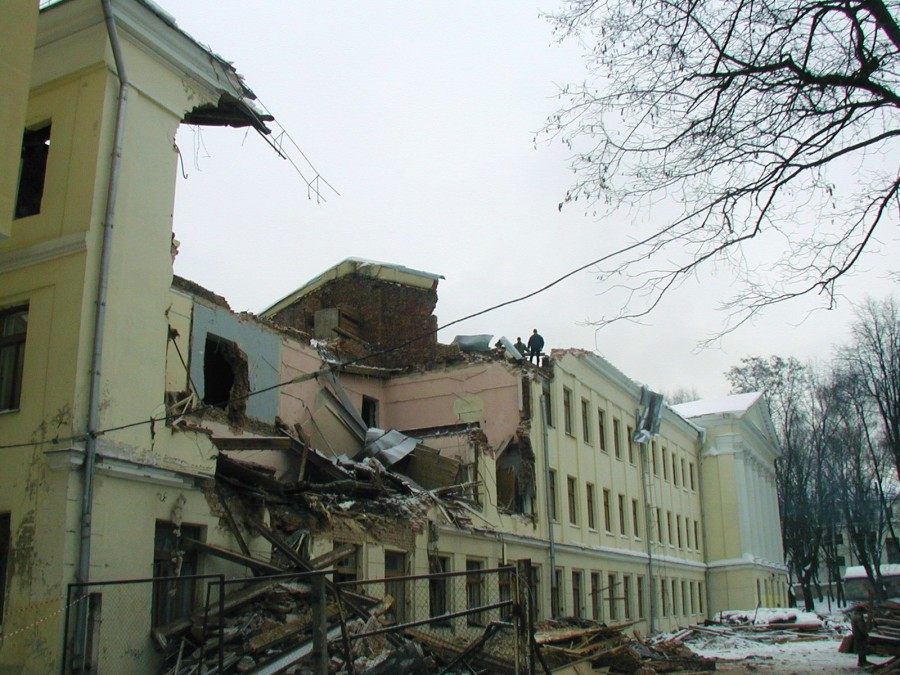 Born in Minsk (BSSR, today the Republic of Belarus).

I grew up in a Russian-speaking environment, but even at school I became interested in the Belarusian language and Belarusian culture, which I began to pay great attention to.

He studied at the children's folk art studio at the Palace of Culture of Textile Workers in Minsk, led by Vasily Sumarev.

For a short time he was a member of the Minsk informal youth organization, which had the name "pacifists" (neo-hippies), and from that time began to wear long hair. All informal youth communities until the collapse of the USSR were under the close attention of the KGB or the police, so he was once captured by the police for his long hair and had trouble. By his own admission, Michal ceased to be interested in "pacifists" in time, because there were drugs there, and many young men who did not leave the group on time, unfortunately, died.

Participated in the youth public association "Belarusian Workshop". Mikhail was brought to the community by Todar Kashkurevich. Later, Mikhail himself brought his friends to the "Belarusian Workshop" - Sergei Khorevsky, Andrei Laptenok and Yulia Lyskova. Michal Anempodistov greatly valued the experience and connections gained in the community. In the "Workshop" he, according to his own testimony, found for himself what he was interested in - the opportunity to freely touch the Belarusian language, history and culture and live by them.

Passed military service in the Armed Forces of the USSR.

He was a member of the art laboratory "Galina" (an informal art group) in Minsk, which declared as its platform "neo-critical realism as a method aimed at castigating stagnant phenomena in our social life."

He worked as an art editor in the Belarusian magazine "Beryozka", where he realized himself together with such representatives of Belarusian culture as Adam Globus, Vladimir Sivchikov, Igor Bobkov, Maxim Klimkovich, Alexander Badak and others.

He was a member of the Belarusian Union of Designers, and since 2011 a member of its board.

The "People's Album" was released, the author of which he was.

He was a member of the jury of the festival "Bard's Autumn" (Belsk, Poland).

He was a jury member of the rock festival Basowiszcza (Grodak, Poland).

Member of the Belarusian PEN Center.

He made his debut as a photographer by presenting the photo exhibition Under Ground: in his photographs he focused on Belarusian vegetables in order to open a deeper dimension of Belarusian culture in this way. He explained the choice of his theme by the fact that Belarusians, like vegetables, hide interesting things in themselves, do not show them outside - a nation of people deep in themselves: they look ordinary, but inside they are fantastic - under the stained (from the soil) peel of potatoes, the "golden sun" is hidden.

He led the author's column "Simple things" on the website of the public company "Let's be Belarusians!", where he reflected on the daily and at the same time elite manifestations of Belarusian culture and culture in general.

In his honor, the Mikhail Anempadistov Prize was introduced - for the best book cover for a Belarusian book. The co-founders and partners of the award are the Belarusian PEN Center, the Belarusian Union of Designers, the Flying University, H&L Group, the Open Culture Foundation and the Belsat TV channel.

He became the author of illustrations for Sergei Vitushka's book "Ding-Ding: It's Time to Play Fairy Tales" (2011) and others.

Member of the Belarusian PEN Center.

Since the 1990s, Mikhal Anempodistov has been one of the active creators of Belarusian rock poetry. The author of the idea and lyrics (except for two folk ones) of the cult Belarusian-language musical project - the rock musical "People's Album", which was released in 1997 and was chosen as the "album of the year" (in the Rock Coronation music award). It was the creation of the "People's Album" that Mikhail considered his main achievement in life, since this project influenced a whole generation of Belarusian youth.